In 1865, Jakob Rilling laid the foundation for a success story that lasts until this day.

Founded by J. Rilling as a production company of mills of any kind (grain mills, large coffee mills, etc.) in Dusslingen (Baden-Württemberg), IRUS was granted the patent for the word’s first bar mower model “HM” (hay mower) in September of 1928. IRUS started building power tools and fast became a leader in this area.

Other milestones in the history of IRUS were the extremely sturdy single axle machines of the U series with swivelling bar, such as e.g. the U 1200, which IRUS introduced to agriculture starting in the 1950ies.

IRUS soon found out that there is a second market in the bar mower area, the so-called hobby area. IRUS thus introduced the world’s first small mower “IRUS Micky” at the agricultural fair in Munich in October of 1968. At that time a sensation. On June 2, 1969, the 10,000th Micky already left the plant.

In 1986, IRUS presents another worldwide innovation – a bar mower with differential lock, steering brakes and low-pressure terra tyres – the KM 300.

The production of a new generation of hydrostatic carrier machines started in 2003. The HYTRAK marked the beginning of a new era at IRUS. At the demopark trade show in Fulda, the first radio-controlled machine of IRUS – KOMTRAK 25 – is presented and awarded and innovation medal.

In 2004, IRUS presents the strongest single axle machine of the world – the KOMTRAK.

The market introduction of the DELTRAK, the worldwide first radio-controlled flail-type mower with crawler-mounted running gear followed one year later in 2005. To this day, it is the absolute top product of IRUS. By now available as version 2.5 already.

The company has since then continuously expanded especially the area of radio-controlled carrier machines. With EVOTRAK and QUATRAK as well as the TWIN which became available in 2016, professional users have a complete row of “radio mowers” to choose from. The UNIKOM with up to 27 HP rounds out the range in the field of hand-operated hydrostatic single axle machines.

IRUS – Innovations and quality “Made in Germany” for decades. 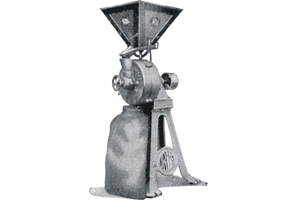